Scattered over the territory between the Jordan River and the Mediterranean Sea lie the remnants of failed peace proposals, international summits, secret negotiations, UN resolutions, and state-building efforts. The conventional story is that these well-meaning attempts at peacemaking were repeatedly, perhaps terminally, thwarted by violence.

Through a rich interweaving of reportage, historical narrative, and powerful analysis, Nathan Thrall presents a startling counter-history. He shows that force—including but not limited to violence—has impelled each side to make its largest concessions, from Palestinian acceptance of a two-state solution to Israeli territorial withdrawals. This simple fact has been neglected by the world powers, which have expended countless resources on initiatives meant to diminish friction between the parties. By quashing any hint of confrontation, promising an imminent negotiated solution, facilitating security cooperation, developing the institutions of a still unborn Palestinian state, and providing bounteous economic and military assistance, the United States and Europe have merely entrenched the conflict by lessening the incentives to end it. Thrall’s important book upends the beliefs steering these failed policies, revealing how the aversion of pain, not the promise of peace, has driven compromise for Israelis and Palestinians alike.

Published as Israel’s occupation of East Jerusalem, the West Bank, and Gaza reaches its fiftieth anniversary, which is also the centenary of the Balfour Declaration that first promised a Jewish national home in Palestine, The Only Language They Understand advances a bold thesis that shatters ingrained positions of both left and right and provides a new and eye-opening understanding of this most vexed of lands.

Praise for The Only Language They Understand

“Nathan Thrall’s commentary on the most intractable dispute of our time is something shocking: it is fair. Into a debate consumed by ferocious passions he enters dispassionately, except that he has a passion for peace. For this reason he is uncommonly trustworthy. His familiarity with the infamous complexities of the Israeli-Palestinian tangle is remarkable, as is his mental composure. This learned and candid book is a genuine contribution to our understanding of an increasingly frightening conflict.”

“Both the book and the title of The Only Language They Understand perfectly encapsulate the attitudes of the two sides to the Palestinian-Israeli conflict. The title also illustrates Thrall’s main thesis: that over the entire hundred years of this conflict, only force or the threat of force, whether military, political, economic, diplomatic or in another form, has obligated the two sides to compromise. This book is essential reading for anyone who wants to understand why this conflict is so intractable and remains unresolved.”

“A terrific piece of analysis by a keen and empathic observer of the region.”

—Lawrence Wright, author of The Looming Tower and Thirteen Days in September

“These are the toughest criticisms anywhere of decades of Israeli policy. The failings of the Palestinians are here as well—but the arrows are aimed at Jerusalem. Serious supporters of Israel should have their answers ready—or be prepared to lose debates to opponents quoting Nathan Thrall.”

“For those who look at the Middle East and throw up their hands at a hopeless morass, Nathan Thrall’s brilliant book is a compelling corrective. This most well-informed and well-connected of experts gives rigorous attention to the reality lurking behind the myths: that in this seemingly frozen conflict, carefully applied power and assiduous compulsion have often been the midwives of progress. Eloquent, fact-rich, full of vivid characters, and relentlessly contemporary in its narrative, The Only Language They Understand is a withering indictment of conventional wisdom—and a necessary, essential book.”

—Mark Danner, author of Spiral: Trapped in the Forever War

“Nathan Thrall argues with great power and lucidity that the only language the two sides to the conflict understand is force. This strong view, strongly held by Thrall, has serious political implications. He may be right, he may be wrong, but he must be read by anyone who hasn’t given up the idea and the hope of ending this bloody conflict.” 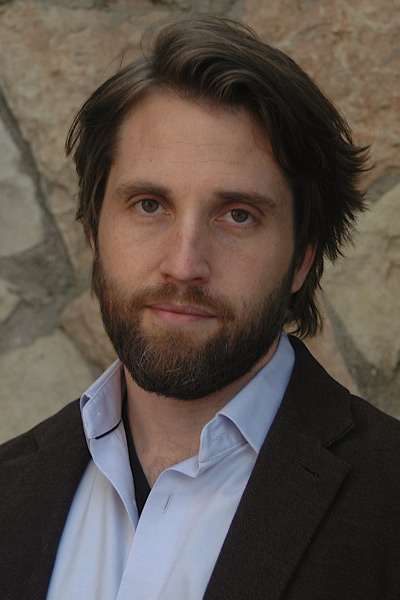 Nathan Thrall is a leading analyst of the Arab-Israeli conflict. He is a regular contributor to The New York Review of Books and the London Review of Books and is a senior analyst with the International Crisis Group, for which he has covered Israel, the West Bank, and Gaza since 2010. His writing and analysis are often featured in print and broadcast media, including The New York Times, The Washington Post, The Wall Street Journal, Bloomberg News, the Financial Times, The Guardian, The Economist, Time, CNN, Democracy Now!, PRI, and the BBC. He lives in Jerusalem with his wife and daughters.